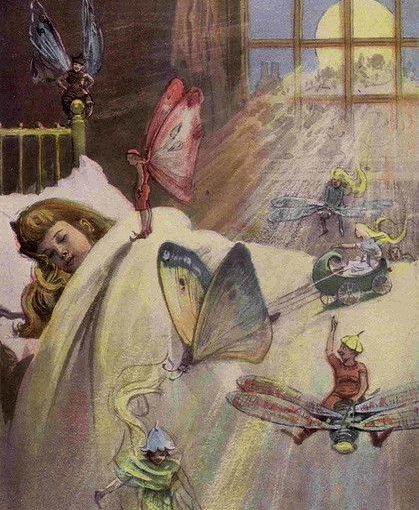 I speak to an Australian lady who recalls her first fairy encounter as a child. She had experienced deep trauma and found herself in some dreadfully sad situations.

Trigger Warning: Some of the content may upset people so please be aware of background themes of drug abuse and child neglect.

As a listener of this Podcast, she very much wanted to share her story. It’s an incredibly powerful and magical experience. We discuss how people feel about sharing these encounters and how important it is for those to be received with respect, sensitivity and an open mind.

A bonus episode available on Patreon features extra material from the conversation and a further encounter.

Please subscribe, rate and review on whichever app you listen on. Or become a patron on Patreon and join The Curious Crew!

I start each episode of my show by saying “...these are not winged Tinkerbells” and yet, in some cases people do see small winged fairies. They feature in previous episodes of this podcast: Ep 3, The Honey Bandit and Ep 8, The Good The Bad and The Tickly

There are some excellent examples in Dr Simon Young’s, Fairy Investigation Society Census (2014-2017). Interesting that many of them are seen by young children! It makes me return to the idea that we perceive them in a way that feels right for us. Or is it that we attract the kind of fairy that we, ourselves are open to and we truly are perceiving them as they are. Please get in touch with your thoughts. I will be expanding on these ideas in the coming months and weeks.

§76) England (Lincolnshire). Female; 1960s; 0-10; in a garden; on my own; 3 pm-6 pm* [the author wrote said 3 am-6 am, but this is probably a mistake as the child saw the fairy in ‘full light’]; ‘I was in at the bottom of our garden, it was quiet there, I was half way up an apple tree and a small winged person flew slowly by I can remember being thrilled about it and ran in to tell my parents.’ ‘She was a tiny little delicate little thing with wings.’ ‘I think fairies are People from another dimension a dimension which is near to our world.’ ‘I think I saw a fairy because I was a child and children can see other worldly beings easier than adults.’ ‘I have often seen lights orbs and mists while watching TV or listening to music.’

§121) England (Staffordshire). Female; 2000s; 11-20; on or near water, in woodland; on my own; 12 pm-3 pm; two to ten minutes; friendly, ‘serene’; regular supernatural experiences; no special state reported; loss of sense of time, hair prickling or tingling before or during the experience, a sense that the experience was a display put on specially for you, unusually vivid memories of the experience, a sense that the experience marked a turning point in your life. ‘I was on a swing bridge awaiting a friend’s arrival and I saw something small from the corner of my eye. I looked up and there were a small number of them, all winged. Some sitting on branches some hovering. The wings were like butterfly wings. They watched me as intently as I watched them. We stayed that way for a few minutes. They smiled at me and I felt calm. I looked away and then they were gone.’ ‘Like small beautiful people with butterfly wings’

§46) England (Essex). Female; 1980s; 0-10; in a garden; on my own; 12 pm-3 pm; less than a minute; no fairy mood reported; never or almost never has supernatural experiences; no special state reported; no special phenomena to report connected with the incident. ‘Saw something humanoid, winged, greenish, about four- to six-inches tall, it climbed between the thin branches of a weeping ash tree that stood in the corner of the communal green area where I grew up.’

§62A) England (Kent). Female (third person); still in touch with witness; friend; 2010s; 21- 30; on a country road; with one other person who shared the experience; no time given; one to two minutes; no fairy mood given; no special state reported; no special state reported. ‘Creature flew onto windscreen of car both driver and passenger in front saw it! Both said ‘Omg that was a fu****g fairy!’ Tiny but clear to see humanoid winged creature [as?] it flew off! Told to me by friend’s mom reliable witness both educated and articulate level headed people not prone to exaggerated story telling!!’ ‘Apparently it looked like the classical winged image you see in books.’