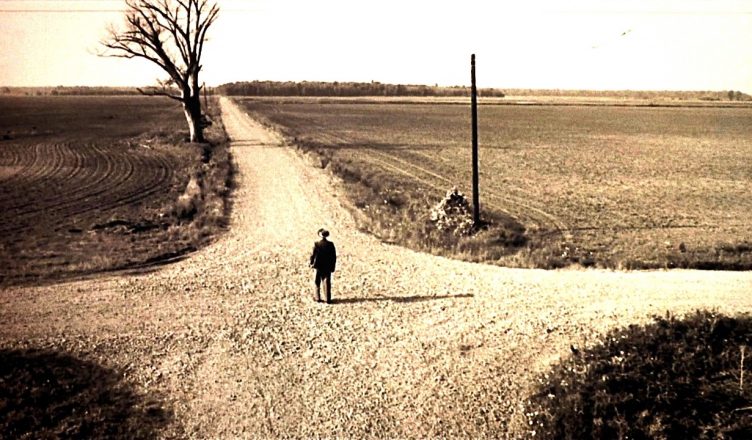 In Episode 5 of The Modern Fairy Sightings Podcast, our guest relates a late night encounter as she drove home in rural Canada. The Being made his presence fully known and left her with many unanswered questions. What was it? Was the location significant? And why her?

The fact that this encounter took place near a three-way crossroads could be significant. Fairies and other supernatural creatures such as the jinn, vampires and witches have long been associated with these locations. (MacCulloch, 1981).

Crossroads have had sinister associations as the traditional scene of executions in many cultures over millennia, including Greece and nineteenth century England. They were often the scene of burials for those denied a Christian burial, such as criminals (usually murderers) and those who had committed suicide.

Aside from executions, crossroads roused a general sense of fear for travellers, mindful of what may befall them if they took a wrong turn. John Arnott MacCulloch, a eminent early 20th century Celtic Scholar noted, “Men always fear demons and spirits which they believe lurk on the edge of the forest path or rude roadway, ready to pounce upon the belated traveler, and in many cases roads are believed to be infested by them. . . Hence they would be regarded as lurking at the intersection of roads, especially by night, when wayfarers were uncertain of the direction in which they ought to go”.

There is some (mostly German) folklore on corn creatures, which can take either human or animal form (see Bechstein, also Mannhardt). In many of the tales, the creatures are bloodthirsty carnivores but these creatures do not seem to resemble the Being described in this episode.

There’s a great deal of folklore on the shape-shifting Pooka – a Celtic entity. Here’s a good general article on them by Eric Edwards. They are often described as taking the form of a large dog or a small horse, though many more describe them as being a small dwarf or a goblin type which bears no resemblance to the Being witnessed crossing the road. However, there is this mention of a Puca which was recorded in the 1930’s by the Irish Folklore Commission. It describes a late night encounter on the road which, given the circumstances in this episode, I can’t resist sharing:

“A man and his wife lived three miles from the nearest town where they went to market regularly. One night their clock stopped but they got up, thinking it must be late, and set off in their horse-drawn cart. On the way they saw a priest walking the road. They stopped, and asked him the time. He told them it was only midnight. Then they heard a great clatter of chains and the priest told them to get out of the way of what was coming. ‘Pull in your cart off the road as quickly as possible for there are more devils coming than you can count!’ Soon after in a great commotion the host of devils passed by. The woman wanted to repay the priest, who asked her to go to his brother, to get him to give offerings for two unsaid Masses so that he (the priest) might go to Heaven.”

Wendigos are said to be malevolent devourers of mankind. I’ll provide more information about them here as I find it but, as we discuss in the Episode, they don’t bear any relation to the encounter here.

In the meantime, Ancient Origins have an article about Wendigos which offers further information.

Ancient Origins, The Wendigo: A Terrifying Beast With an Insatiable Hunger for Human Flesh, Available at: https://www.ancient-origins.net/unexplained-phenomena/be-wary-wendigo-terrifying-beast-native-american-legend-insatiable-hunger (Accessed 3rd January 2021)

Icy Sedgewick, What 4 weird things you might find at an English crossroads? Available at: https://www.icysedgwick.com/3-weird-things-at-crossroads/ (Accessed 3rd January 2021)