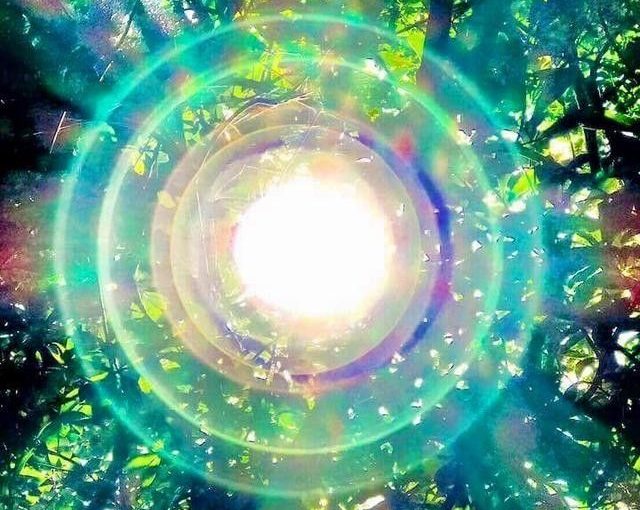 A woman in the UK describes an extended ‘conversation’ with an intelligent blue light form which appeared in her home. The experience featured lost/altered time and a sense of innate familiarity.

Just what did this Otherworldly being of consciousness come to tell her? And were previous geometric light visitors connected in some way?

In part two, (Episode 29) this conversation continues and the same woman shares a powerful fairy experience, which had a very different feel.

Have you had similar experiences with intelligent light forms? Please do contact me and let me know your thoughts on all of this.

The following share collected as part of Simon Young’s (Fairy Investigation Society) Fairy Census (2014-2017) is most intriguing. The encounter features communication and a shift in visual form:

§339) US (New York State). Female; 1990s; 31-40; in a city; on my own
‘I was walking my dog late at night on *** [New York street]. We did a once-round the parking lot as always, and a large figure stepped out of a dark corner. He said some very personal things to me, but not unkind, more advice-like, then laughed and turned and vanished, leaving a point of light blue light about the size of a lightbulb, then that winked out.’ ‘Dressed like a ‘homeless’ person, dark skinned but I couldn’t
see any features, he had a hood or something around his head.’ ‘After I’d left the city I mentioned it to two ex-NYers, who said they had also had strange encounters with beings that looked like homeless people who dispensed advice and encouragement and vanished.’