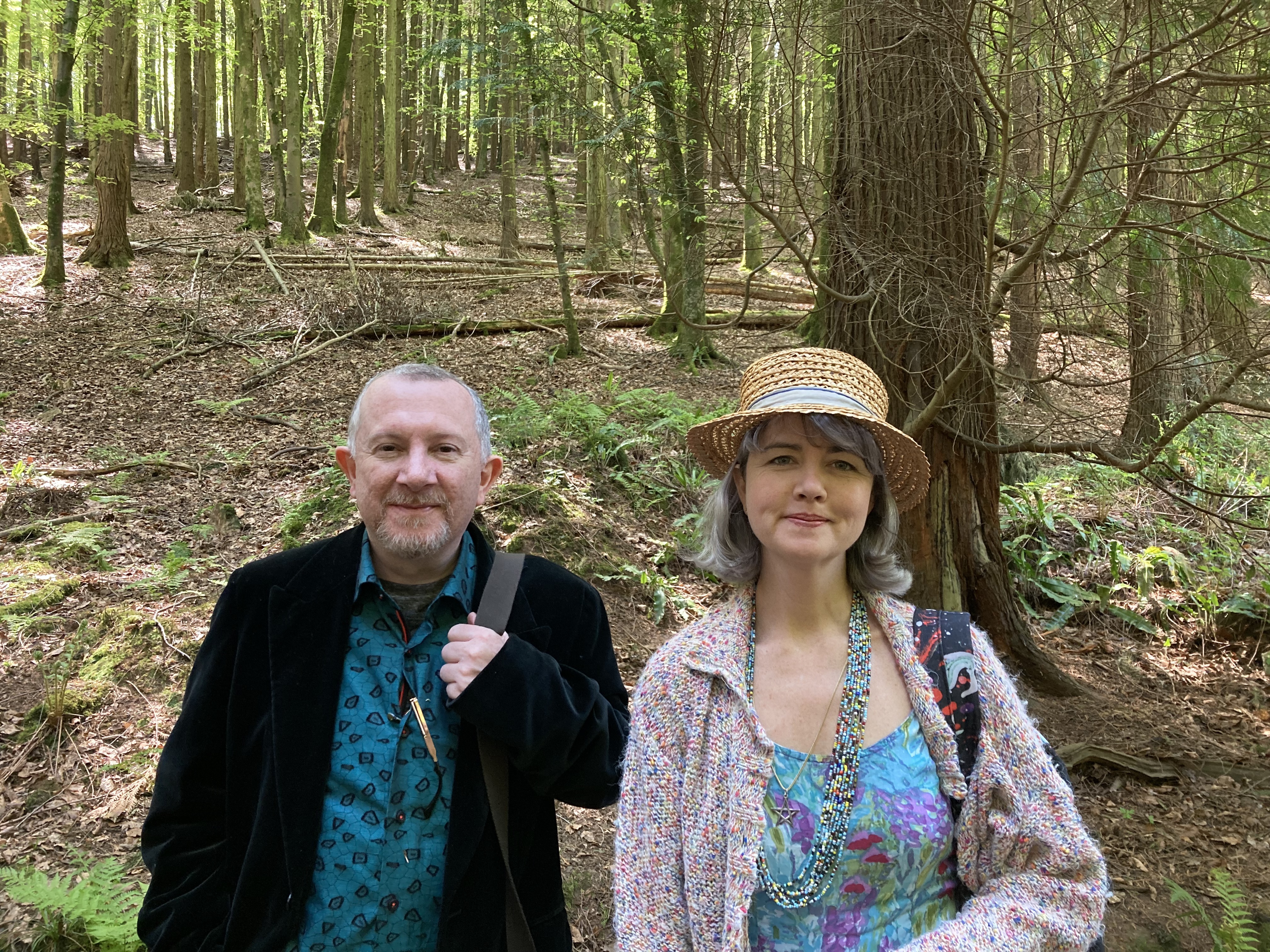 My guest, Paolo Sammut is a paranormalist and a magician based in the south west of England. Paolo has had many supernatural experiences over the years, some of which we would recognise as fairy encounters. He chats to me about the time he was awoken by a very angry fairy, possibly a hobgoblin. On other occasions, he and other family members saw beings in the house that looked like other members of the family who were not present at the time. These sound like doppelgangers but in folklore, particularly Irish folklore they are known as fetches.

Paolo will be providing the Patreon group with an exclusive talk about ghost hunting in the coming weeks.

The image above is of Paolo and I at Goblin Coombe, Bristol at the beginning of May 2022. We had a delightful picnic and did not spot any fairies. 😊

After the death of her husband, Mrs. Oliver went to live in a very beautiful house in Cornwall, which was not expensive because it was reputed to be haunted. She was alone, with no electricity in the house, and one night when she needed another log for her fire, she went from the library without a lamp and passed through the kitchen to the washhouse where the logs were kept. “I got down on my knees on the tiled floor,” she said, “and reached under the wash-tub to dislodge a log, when I heard a noise like a scolding squirrel—‘Chit-chat, chit-chat’—and there, on top of the logs and surrounded by a green light, stood a furious little man who looked like an artichoke but was only as big as my thumb. His face was ugly and frog-like, and he was shaking his fists at me, ordering me off his property. I grabbed a log and tore back to my fire, which I banked with coal. I was terrified.” After this incident, Mrs. Oliver met the owner of the property and a previous tenant, both of whom told her that there were “pixies” in the house, and they laughed when she told them about the little man who had been so angry and rude to her. A few weeks later, when the weather turned very cold, Mrs. Oliver left that house and went to France, never to return to Cornwall.

Paolo also mentioned some sort of Otherworldly being who appeared to have taken the form of a member of his family. A similar story was told by our guest from Episode 36: Rescued by an Orb and Other Strange Stories in the Patron-only bonus episode on Patreon. In that case, she saw a malevolent being stood at the end of her bed that looked like her husband but in a trance. However, at the time her husband was asleep in bed beside her.

These beings are more commonly known as doppelgangers but particularly in Irish folklore they are known as fetches and could be some kind of fairy or spirit that manifests in the form of a person who is familiar and often emotionally close to the seer.

The appearance of a fetch is said to indicate the forthcoming death of the person who’s likeness appears but that was not the case in either of these experiences.

Icy Sedgewick of the Fabulous Folklore Podcast has written an interesting article on ‘fetches’ here: https://www.icysedgwick.com/fetch-folklore/