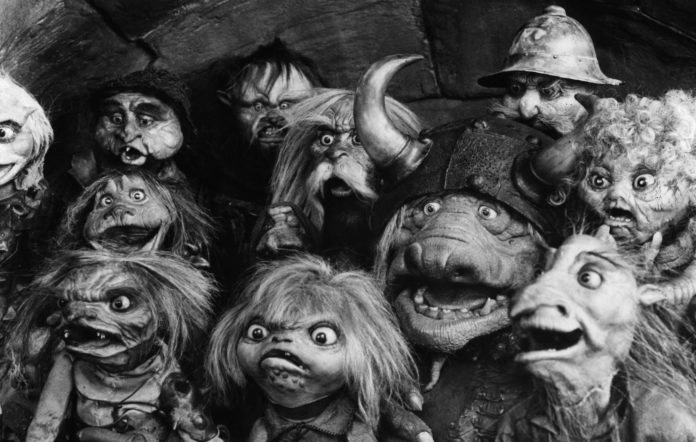 In Episode 8 of The Modern Fairy Sightings Podcast, Jo speaks to a British woman who had three very different experiences with fairies.  All encounters took place in her bedroom but were miles apart, in terms of her emotional experience in each case. In one incident, our guest summoned the courage to stand up to a nasty goblin-looking character. In another scene, she is set upon by a troop of tickling fairies and in the third encounter, a tree fairy provides much needed solace.

Some listeners may find parts of the content in this episode frightening.

Traditional folklore is full of nightmarish encounters with goblins of seemingly ill-intent. The story of Rumpelstiltskin is a well-known example, of German origin. In terms of sightings, recorded encounters with seemingly malicious fae are infrequent. However they are reported from time to time. The guest in this episode reported a nasty looking goblin that appeared on her curtain rail and seemed to be linked to some dark energies in her flat. In once instance, her bed is shaken and raised off the ground by a foot or so. Interestingly, the German name, Rumpelstilzchen translates to ‘little rattle stilt’ and was used to describe a little goblin who would rattle a stilt or post. Similarly, rumpelgeist is a mischievous noisy spirit that moves household objects. So, in German folklore at least, this sort of malicious goblin is linked with poltergeist tendencies.

The following modern encounter describes a goblin of similar malevolent behaviour and appearance, which also related to poltergeist activity in a house. It was collected as part of The Fairy Investigation Society’s Census (2014-2017). It’s a very disturbing account that took place in the 1980s. It was witnessed by a child, though they are reporting it now as an adult:

§173) Scotland (Perthshire). Female; 1980s; age 0-10; ‘Within the week previous to seeing a fairy, I had taken part in a ouija board which was not shut down properly. Afterwards I was told by my friends that something appeared on the wall behind me and I didn’t believe them. A few days later, a Sunday, one of the boys where I was staying took back a stuffed eagle from Sunday school. I remember it well because it was my turn to set the dining room up for supper and the eagle had been left on the dining table. I looked at it and it felt as though it was flashing in and out at me, almost like a flashing experience. I knew something wasn’t right and when I went into the adjacent crockery room for the cutlery to set the table, I opened the drawer and cupboard at the same time. This is when I saw the contents of both shaking and leaping around. Obviously I was hysterical and ran screaming down the corridor to get others. I wasn’t believed. Unfortunately, my bedroom was on the ground floor and to get to it, the dining room (which was on the corner of the building) had to be passed. Because of the scary experience I had, an adult had to stand at the corner so I could go by to get to my room. This went on for a few more days and they decided to move me to the bedroom directly above the one I was in. So I moved to my new room, sharing with two other girls, but still really drought [distraught?] about what I saw in the crockery room. Then one night I woke up with a start and felt someone else was in the room. The hall light was on so I wasn’t in complete darkness and I guess it was between midnight and 3 am. I looked at the bottom of my bed – cheesy I know but very true – and I saw a little man about the size of a baby sitting at the bottom of my bed. He looked old – maybe about sixty if I had to equate it to a human. He was small and skinny and had human features and body but wasn’t human. He was sitting on the edge of my bed swinging his legs like he was on a swing and his head was turned to the left, looking at me. He was grinning and I could see his sharp, pointed, black shelled teeth. He had pointed, chiseled features and olive-coloured skin. What was memorable about him was his pointed ears and dirty furrowed forehead. I’m unsure how long he sat there before moving. I couldn’t scream out because I was frozen with fear but I know I was wide awake. I remember him leaping off my bed but I didn’t see him take physical steps up to me – it was more like he drifted up to me. He grinned at me, pointed a finger at me (the pigment of the pointed nail was black, it wasn’t dirt), then disappeared into my bedside cabinet. I’m unsure whether my experience with the ouija board had anything to do with it because I didn’t know what a ouija was when I did it, so it wasn’t the power of suggestion that made me see the little man. To this day, some thirty-four years later, I am adamant that I saw these things. Five years ago, some twenty-nine years after this happened, I went back to the house that this happened in. It’s since been converted to a hunting lodge and I was chatting to the lady owner. I happened to tell her about my experience and she turned to her husband and said that she knew the place was haunted. But I think that the little man I saw was a fairy, even though I had always imagined them to look like the fairies in the ‘Flower Fairies’ books, prior to my sighting of him.’

An extremely disturbing folkloric account of the “most unpleasant hobgoblin” is described in R. L. Tongue’s ‘Somerset Folklore’. Preying upon children, he “...lived in a dark cupboard, usually under the stairs. If you were heroic enough to peep through a crack you would get a glimpse of the dreadful crouching creature, with blood running down his face, seated waiting on a pile of raw bones that had belonged to children who told lies or said bad words. If you peeped through the keyhole, he got you anyway.“

Traditional folklore is full to the brim with stories of trooping fairies, both out in nature and inside houses (particularly children’s nurseries). I haven’t heard of tickling fairies before, so please get in touch if you have. There’s a an old Scottish Folktale, The Brazen Brogues (Douglas, 1900), that features five maidens (with fae-like qualities), tickling the hero of the story. There’s also the 17th century account of ‘pinching’ fairies, offered by John Aubrey in Katharine Brigg’s Dictionary of Fairies, whereby a Mr Harte is set upon by:

“an innumerable quantitie of pygmies or very small people dancing rounde and rounde, and singing…(who) pinch’d him all over, and made a sorte of quick humming noyse all the time…”

Images resembling the troop of tickling fairies in the bedroom

It’s hard to find images that exactly recreate what you have seen. I’ve often thought how wonderful it must be to have artistic skill and be able to do so. Our guest provided the following images that were most like the troop of fairies in her bedroom in terms of stance, age and appearance:

This image of a woman in traditional Welsh costume, was provided by our guest as most resembling the crab apple fairy in appearance.

There’s a lovely account in the Fairy Investigation Society Census (2014-2017) that bears some resemblance to the crab apple fairy’s manifestation in the bedroom:

§13) England (Cheshire). Female; 1970s; 0-10; ‘I was four to five years old. I was in my bedroom one evening. I noticed a twinkling light in my window. I watched the light fly down towards my neck region. As the light came closer I noticed it had a human face and a dark outfit. It was around two-inches tall. I asked who are you and it replied that it was a fairy. It was flying in a side-to-side motion as it spoke. I heard a noise and put the covers over the fairy and my head. The space I had made was then illuminated. The fairy said that all will be ok and talked to me. But I don’t remember any of the conversation. I pulled back the covers and the fairy kept on talking and flying towards the window. All the time reassuring me everything would be ok. I had to ask what it was because I didn’t know what a fairy was. I then fell asleep.’

When Mrs Martha C. Smith was ordained, the altar was beautiful with flowers, including one large bouquet of white gladioli. Just as she rose to go to the altar to take her vows, she saw a nature spirit sitting on one of the white flowers. The lady standing beside her, when asked if she had noticed anything, replied that all she saw was a movement among the flowers, as though a large insect was crawling on them. When Mrs Smith told the Rev. B, her teacher about the fairy, he said he wasn’t surprised as he too had been conscious of something there. “The little creature was truly beautiful with the tiny wings and lovely colouring, ” wrote Mrs Smith. I couldn’t see clearly what she was holding in her hand, but it looked like a small wand with a light shining from it, and the fairy herself was surrounded by a bluish-white aura. The vision lasted for about one minute, but oh what a minute!”